Every god now has their own rating system. Players who please their gods by their activities and sacrifices through the week can become Makthrids (cardinals), and the user who achieves the highest score between all of the gods can become Archimankur (Pope). Rank up and garner power through impressing the gods of Life is Feudal; be bestowed with a fitting title and become a powerful favorite of one or several gods!


Utilize your power of a Archimankur: broadcast your messages to the whole world, excommunicate guilds and create your indulgence to pardon repentant criminals. Prepare for politics and intrigue, though, because each of your edicts must be voted for by Makthrids!

There stands 13 deities within the pantheon, with 12 of the gods in the rating. Each god looks over certain aspects of life (e.g. harvest, hunting, craft), thus each of them desire a specific sacrifice or achievement. You can read more about the gods in the lore section.

Each real-life day during prime time, those who have earned the first place in the ranking of each god rating will become Makthrids. The player that takes the first place in the rating of the Sleeping God will become an Archimankur. Player will receive the title only if they are online at during announcement. When Makthrids and Archimankur are chosen, all servers gets a notification with their names and titles.

It’s possible to become a Makthrid (even of several gods) and an Archimankur simultaneously.

List of gods and their requirements for the ranking[]

Where can to find Gods’ Rating?[] 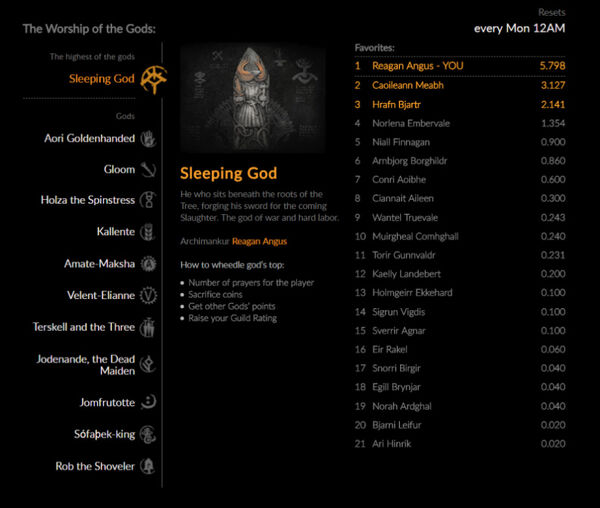 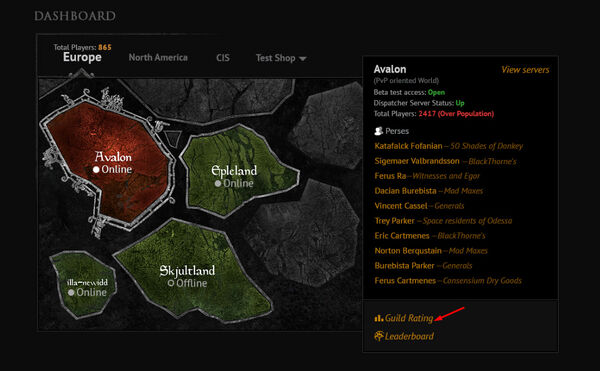 When you use the ability to sacrifice, the Inventory window opens and allows you to choose what item you want to sacrifice. Then the item will be removed and you will receive points for Gods’ ranking

How to pray for another character[]

To do so you need to use /prayfor <name> command in the system chat or Pray For ability by clicking on the character you want to pray for.

There are three edicts that the Archimankur can use: 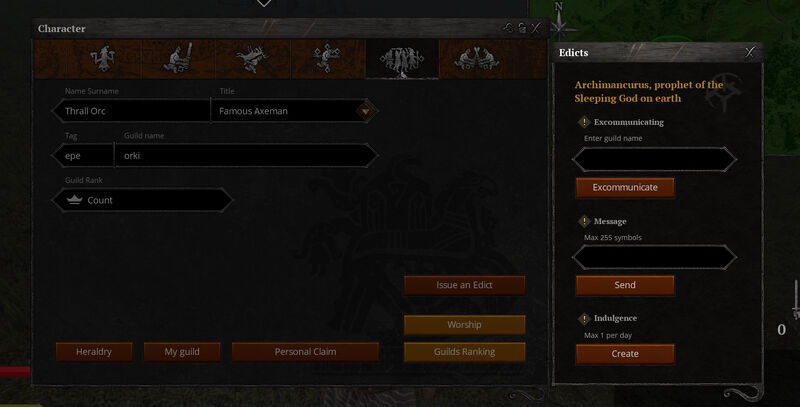 To create an edict: